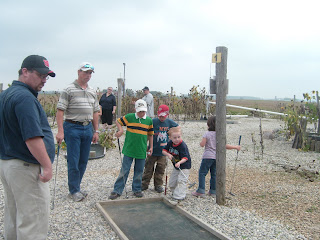 In September we to the corn maze at Newton with the Angst family. It's a very impressive maze that took us about an hour to walk through. We then had a round of mini-golf before heading for home. 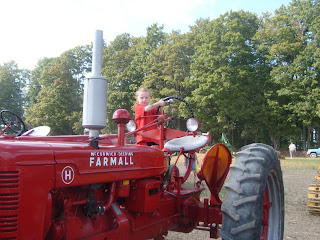 This picture is taken at the IPM in Teeswater. Zack is enjoying a ride on Papa Mark's tractor after we spent part of our afternoon watching the feature of this year's IPM, Tractor Square Dancing with 8 Farmall tractors. 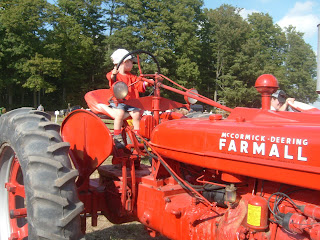 Brycen LOVES Papa's tractor....and any tractor and he was all eyes at the IPM. 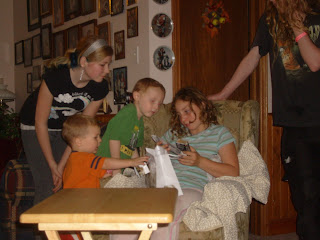 For Thanksgiving this year Geoff and I were both blessed to have both our entire families here to celebrate. Here our boys are enjoying unwrapping birthday gifts with their cousin Megan who they only see once a year or so since she lives in Calgary. 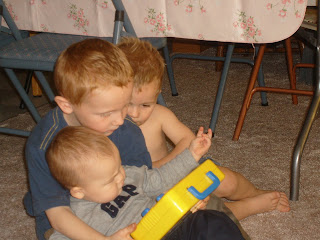 Zack and Brycen enjoyed sharing toys with their cousin Baby Mac. Their other cousins from Saskatchewan were also at our family gathering. 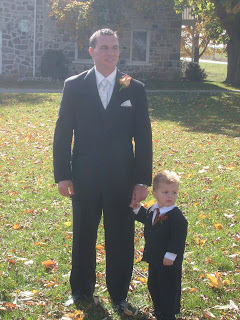 Uncle Josh Ireland got married on October 18th and Brycen was the ringbearer. 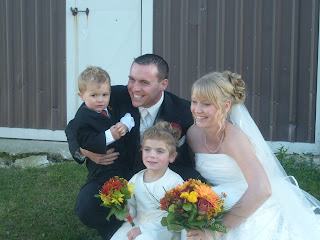 We had a lot of trouble getting any photos of him after the wedding...apparently two year olds think they need sleep in the afternoon!!!! Here he is with Uncle Josh, Aunt Marjan (who Brycen calls Aunt Manny) and his cousin Janessa who was the flowergirl. 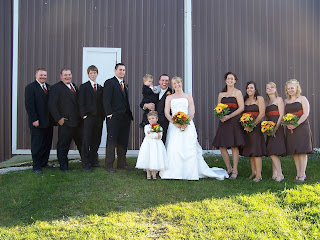 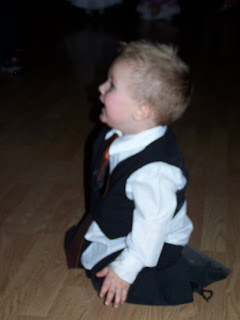 Tearing up the dance floor!!! 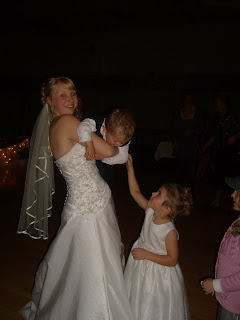 Cutting a rug with Aunt Manny! 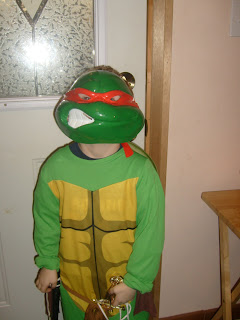 Zackary dressed up as a Ninga Turtle. He's very surprised that mommy seems to know so much about the ninga turtles and doesn't believe me that the 'turtles' have been around since mommy and daddy were teenagers. 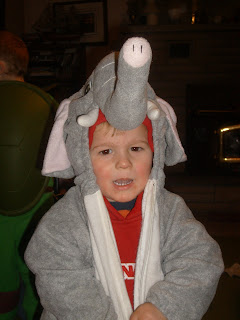 Brycen was an 'elephlant'. We had big hopes of having him in an adorable lion costume but everytime we asked him he told us 'I be a elephlant for Hall-ween...I no be a lion'. He still looked pretty adorable! 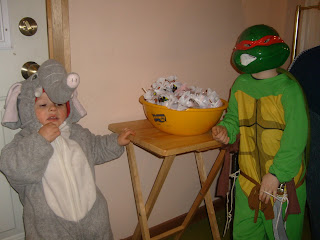 Here's the little helpers...helping themselves to our candy if we'd let them! 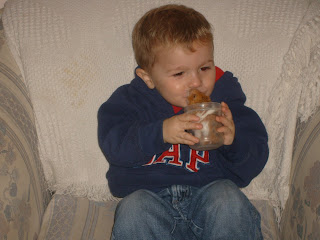 Brycen decided to put our hamster in a glass the other day and carry him around the house. Here he is giving kisses to Rufus!

We don't have any photo updates for you of our future family members but all is g0ing well with the twin pregnancy. We have learned that they are identical twins most likely and are in 2 separate sacs. I have yet to gain any weight but I sure look and feel pretty pregnant!!! I guess I could do a photo update of my growing tummy...but who needs to see that!!! We have our big (1-2 hour) ultrasound this week so we should have some pics to post after that and hopefully will know the gender of our babes then too...but we might just keep that to ourselves????

If you have found this blog and are reading it to learn more about our journey with TTTS this is the last entry I typed before we were diagnosed with TTTS. A few weeks after that I began using another site to document all that was happening to us. I cut and pasted our story from my Caring Bridge site to here and posted it in the next entry...June 2009. It's a lot of reading...I am sooooo wordy. Hopefully anyone who is looking for this info can find it now.
Posted by Jodie, Geoff, Zackary, Brycen, Cameron and angel Cole at 1:48 PM No comments: Links to this post