Bye Bye Summer, we will miss you!!! 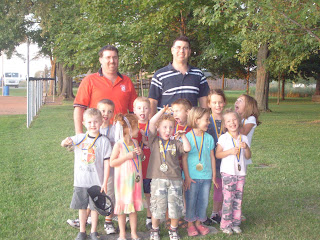 Zack played t-ball this summer and somehow we managed to miss taking pictures of him at any t-ball practices or games. They had their wrap up banquet last week and he got a medal...which he is very proud of. Here he is with his team. 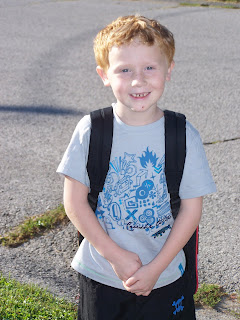 Zackary began school on Sept. 1st and now attends school everyday (wow is it quiet here!). He loves his new teacher and is so happy to go each day. His favourite subject seems to be science. 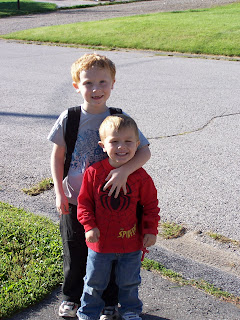 Last moments to annoy, I mean love each other before leaving for school. 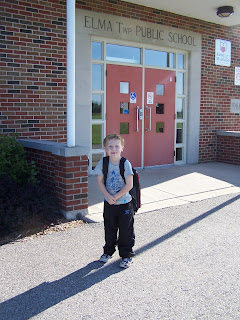 The first day was a bit crazy around our house and the bus arrived about 5 minutes earlier than it ever came last year...and so Zack got a ride to school on his first day!!! 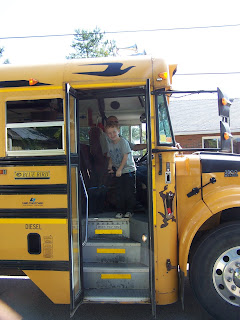 Since we didn't get the 'going on the bus on the first day' photo I thought I'd better get one of him getting off!!! 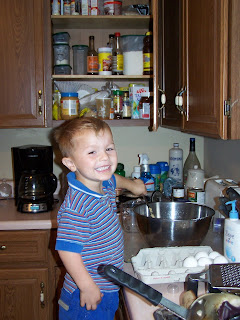 Brycen is LOVING being home with just mommy (and Cameron). We bake cookies, go for bike rides and to the library, visit friends and play, play, play!!! 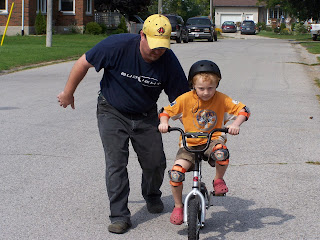 Zack has been 'thinkin about' riding a two wheeler all summer. His bike is very large and hard for him to learn on. This week he took the training wheels off Brycen's bike himself and starting learning. He did well when Daddy helped...not so good for Mommy though. 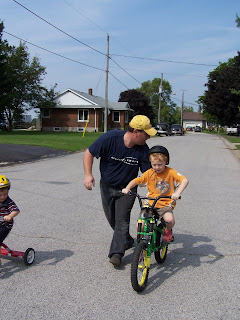 And later we worked at riding his bike. I am sure by the end of the week he'll be speeding up Schade street with the rest of the local boys! 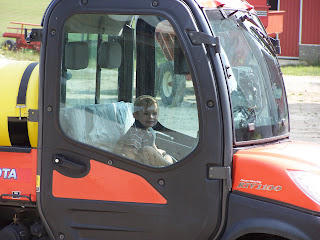 Brycen took a ride in Uncle Adams 'kadoda' on the weekend when we visited Grandma and Papa. 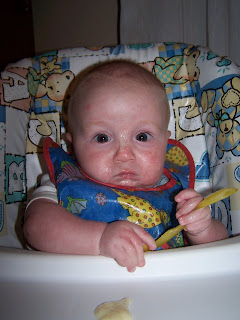 Our first adventures into food with Cameron. Our paeditrician has asked that we not really give him anything with the intention of nutritional value until he's 6 months corrected (Oct. 9th) but said we can start him 'playing' and practicing occaisionally now. And so here he is with some rice cereal and a spoon that he was VERY mad at mommy when she took it away!!! 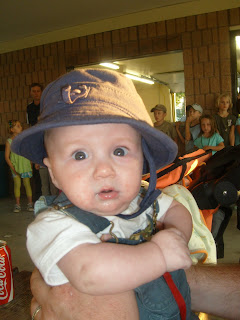 Cameron is getting soooo very big. He weighed 13lbs 10 oz about a week ago and that had been a gain of almost a pound in one week. He's sitting almost on his own, playing with tons of toys, reaching, creeping abit on his tummy and an absolute JOY to be around!!!
Posted by Jodie, Geoff, Zackary, Brycen, Cameron and angel Cole at 11:59 AM