Canada Day weekend was spent on our annual Ireland Family Camping weekend. This year we tried out a new campground, Conestoga Family Campground. It was a great weekend...beautiful weather, tons of fun, lots of laughs! 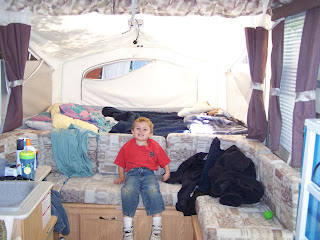 Brycen hanging out in our new trailer....still a pop up trailer but much bigger and the sides are solid (they hinge and collapse in). We LOVE it! 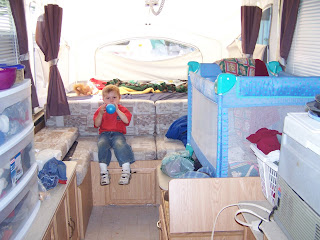 another shot in the trailer 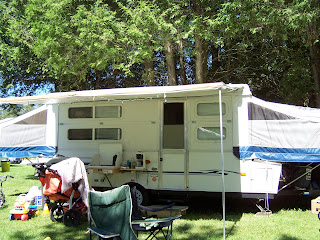 And yet another....from the outside this time. 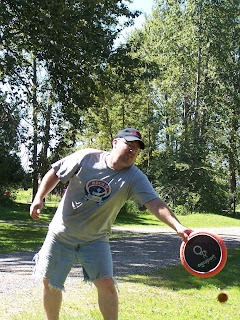 A new and very fun game...Ogosport. 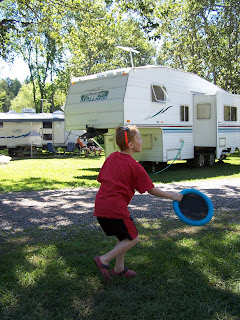 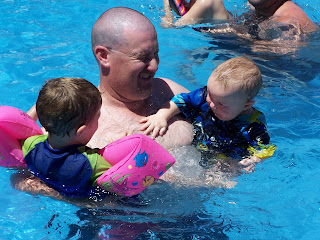 Cameron wasn't sure about the pool at first...he hates the bathtub right now too...but soon he was very excited to splash and have fun...such a little fish! 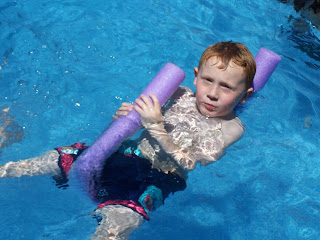 Now it's Zack's turn to relax and chill out! 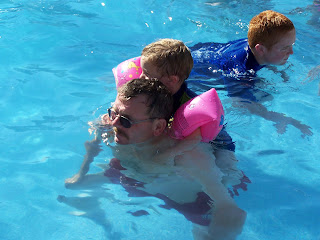 Brycen swimming on the Papa fish! 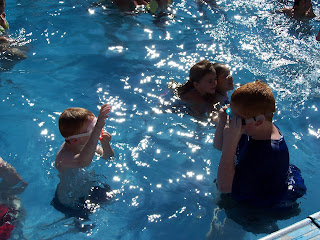 Zack playing with his cousin Justin in the pool. 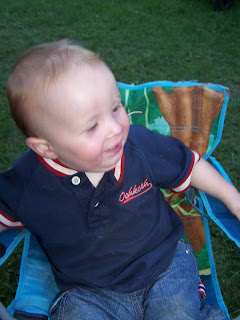 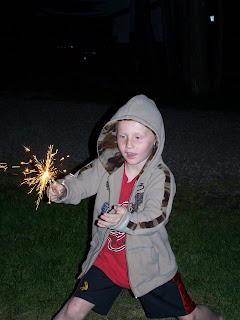 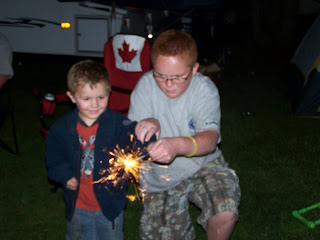 Brycen was abit scared of the sparklers at first but Justin helped him and he was pretty excited after that. 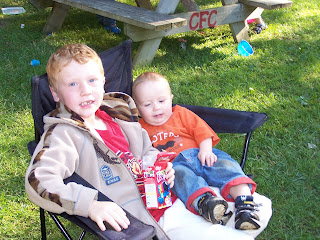 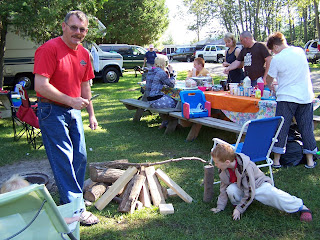 Papa, Zack and Brycen had an imaginary bear hunt...complete with a slaughter and roasting over the fire. 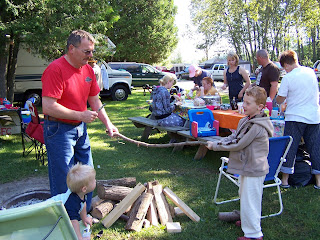 They completed the hunt with bear for breakfast. Oh to be 7...or 56 with a great imagination??? again! 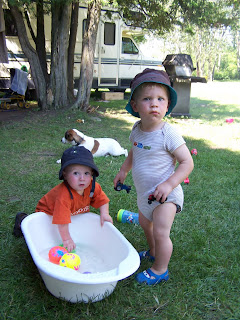 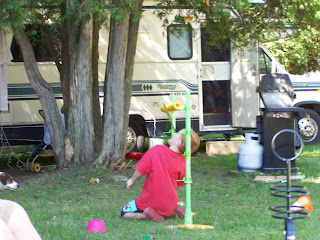 Brycen got Giraffe-a-laugh-a limbo for his birthday and we took it camping...for a few laughs and lots of entertainment! 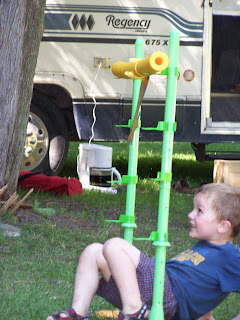