Random pictures on the new camera 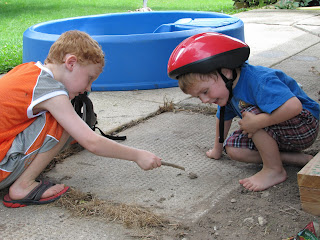 The boys fond a toad! 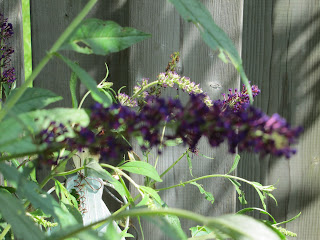 I love some of the effects this camera will do...this shot looks so cool with the butterfly bush blurry up front but focused in behind....kind of like life! 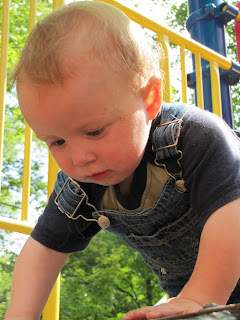 Cameron was climbing above me here..such a clear shot for a time when I was pretty nervous that he might fall !!! 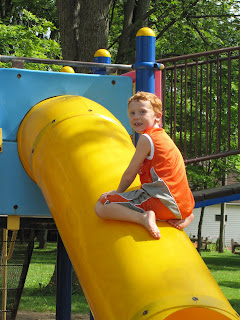 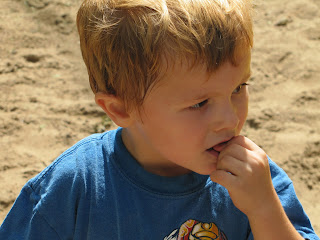 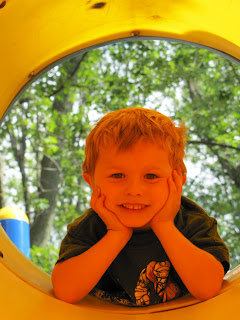 This I took from the bottom of the slide. The camera has a an LCD viewer that moves out from the camera....like some camcorders do. I didn't even have to stick my head in the slide...just the camera. 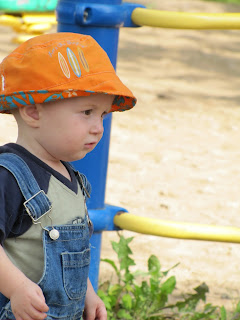 Again another shot I took from 25-30 feet away with no one realizing I was. If he'd realized it he would have turned and said 'chee'!!! 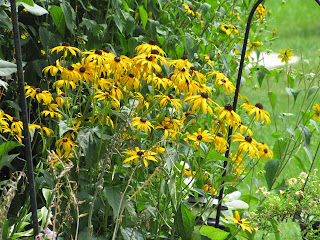 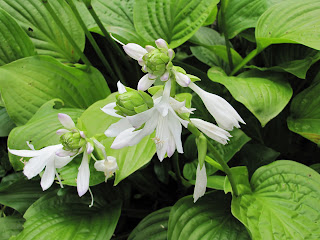 Could be in a perennial magazine I think!!!
Posted by Jodie, Geoff, Zackary, Brycen, Cameron and angel Cole at 11:04 AM