How did I manage to go so long without any photo updates here. Life is busy I guess. Here are some shots of the end of the summer and hopefully later I will post some of our trip to Tobermory. I'll leave the updates on what the boys are up to now (in later October) for when I have the photos of the fall downloaded. Hopefully it won't be Christmas before that happens!!! 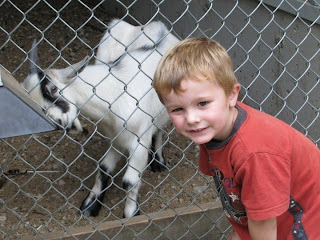 Brycen was greeting a goat in the Mitchell park. It cracked me up that he and the goat had their heads angled the same...and almost the same expressions on their faces!!! 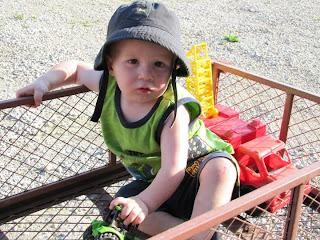 This is Cameron going for a wagon ride at my parents farm. Summer was very busy for Cameron as he learned to RUN!!! It was and remains to be very hard to contain this little boy. I think he likes to remind me that he carries his twin brothers spirit within him!!! 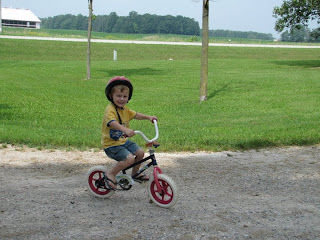 Brycen learned to ride a two wheeler this summer without his training wheels. He was so proud of himself...and took off like a pro! 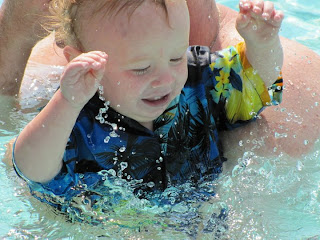 Cameron LOVES the water and loves to splash anyone and everyone near him! Swimming was a big thing for him this summer...hopefully he still loves the water next year! 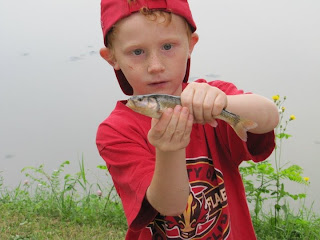 Zack's big thing this summer was fishing. He can bait his own hook and cast off but really enjoys just putting the line in where there are tons of tiny fish and catching anything that will nibble. 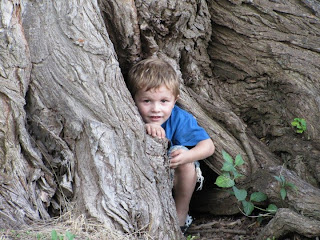 Geoff took this shot of Brycen at the park in Stratford. Brycen was hunting for trolls in this big tree! 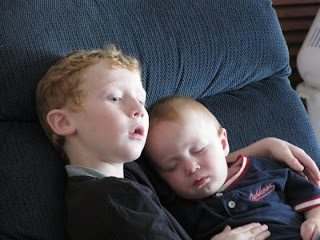 It's not often that we capture Cameron at rest....he's a very busy boy who's running, laughing and talking up a storm these days.
Posted by Jodie, Geoff, Zackary, Brycen, Cameron and angel Cole at 11:33 AM