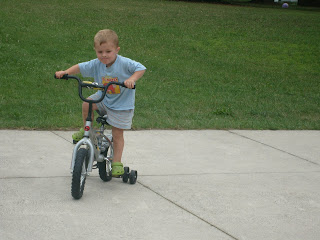 Brycen spent a lot of time riding his bike this summer and is doing really well. While camping the kids learned how to make their bikes sound like dirt bikes by adding a water bottle above their back tire. It's great fun for them...and pretty annoying for anyone listening!!! 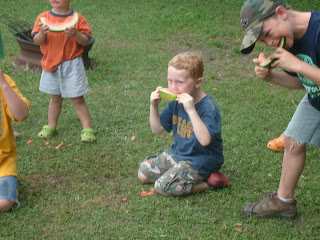 We enjoyed a watermelon eating contest while camping. 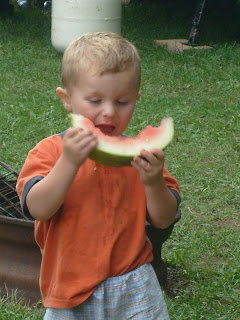 Brycen LOVES watermelon but didn't feel the need to race too fast!!! 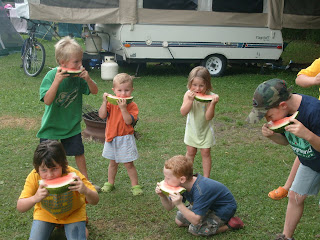 Zack was a pretty fast eater!!! This is most of the contestants in the 'great watermelon race'. 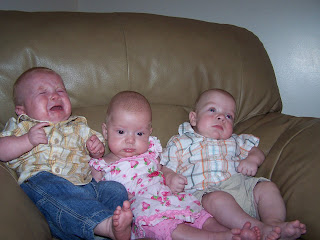 Last weekend we travelled to visit a friend who I met at St. Joe's in London. Her daughter, Alyssa, is a twin and like Cameron, will grow up with her own identical twin guardian angel watching over her. Here are the three preemie babes all who are about 6 months old. Cameron is the shortest and weighs just a bit more than Alyssa but is actually the oldest baby gestationally as both the other babes were due in late May. 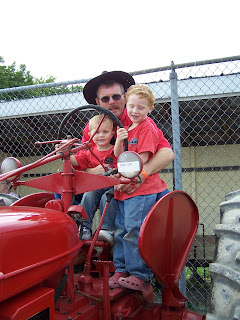 Last weekend was the Teeswater Fair. Team Farmall performed of course and their biggest fans were there to cheer on their Papa Mark. 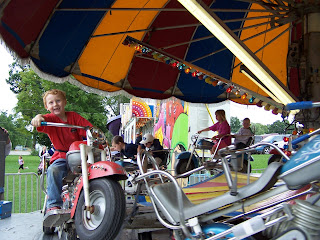 We took in some rides at the fair (hand over the wallet mom!) and had a great time. Zack liked the faster rides but did this motorcycle ride with Brycen. 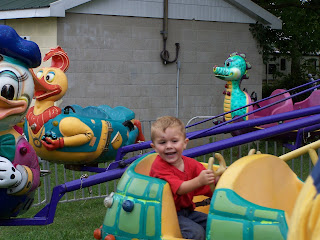 Brycen loved the turtle ride....he laughs and squeels so loud that other people come to watch him on rides!!! 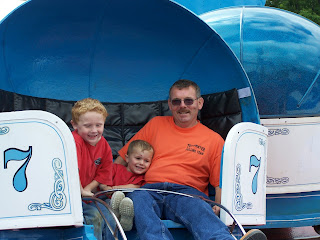 Papa LOVES his rides though he admitted that he didn't feel like another beer after the Tilt a Whirl!!! 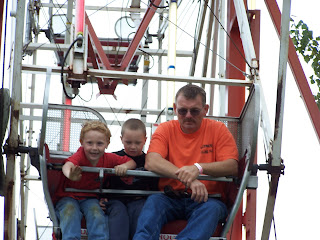 Papa and Zack with some random child in Teeswater!!!


Posted by Jodie, Geoff, Zackary, Brycen, Cameron and angel Cole at 7:06 AM