We are in the middle of a building project in our basement and the boys are having a hoot helping Daddy. We have a wonderful exchange student named Edith living with us. She is from Estonia and was only supposed to be living here for a few weeks so she had a place on our rec room pullout couch. We soon realized two things... the exchange program is having a really tough time getting host families this year and we love having her here. So we decided to build a bedroom in the basement. 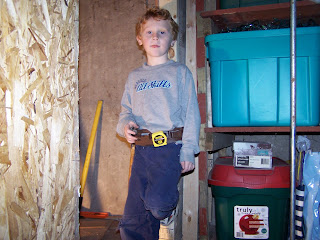 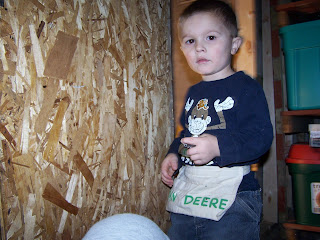 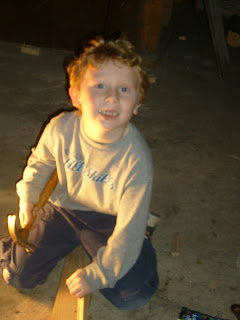 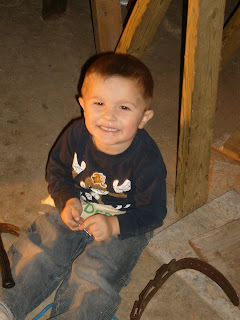 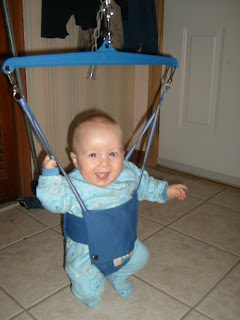 Cameron continues to be on the go....he loves his jolly jumper and bounces like crazy in it. He only lasts in it for a short time...I think he finds it harder on his legs and body than the exersaucer. 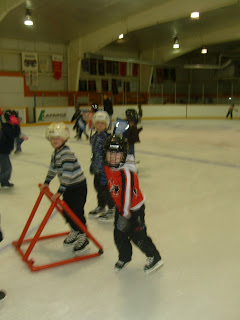 A few weeks ago Zack's school had a family skating night. He enjoyed going though he was pretty nervous and convinced he couldn't skate anymore. 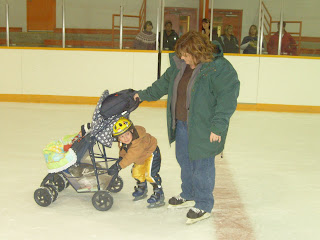 Brycen had a tough time skating that night but has been skating a few times since and is doing well. He like to use the skating frames that we have at the arena...they work way better than the stroller!!!

Posted by Jodie, Geoff, Zackary, Brycen, Cameron and angel Cole at 7:11 AM